The Christian Bible is easy to understand, so they say. I've examined these sacred texts for most of my life. My haiku is my understanding or lack of understanding of this religion that I once called my own.

Words uttered by the godly

Unsure of their fate

“Hope in reality is the worst of all evils because it prolongs the torments of man.“

A Christian is always praying and never knowing for sure. The life of a Christian is always wondering if you’re good enough for God. I always thought that I was never good enough. I often wondered if God ever forgave me for hating my father for beating my mother. After all, that commandment made the top ten. When Jesus said that only a “few” will enter the narrow gate (Matthew 7:13-14), I knew for certain of my fate. How long is eternity? Forever!

Do you demand to believe?

“A wise man proportions his belief to the evidence.”

We all have free will to believe or not to believe. According to the Bible, if you believe then your rewards are in heaven. The Apostle Thomas was one of the Twelve who hung out with Jesus and witnessed the miracles that Jesus performed. However, when it came time to believe that Jesus was resurrected, Thomas had serious doubts. He demanded that he touch Jesus’s wounds before he could believe. It happened and he became a believer. How much evidence would it take a skeptic, like me, to believe? At least as much as Thomas received! 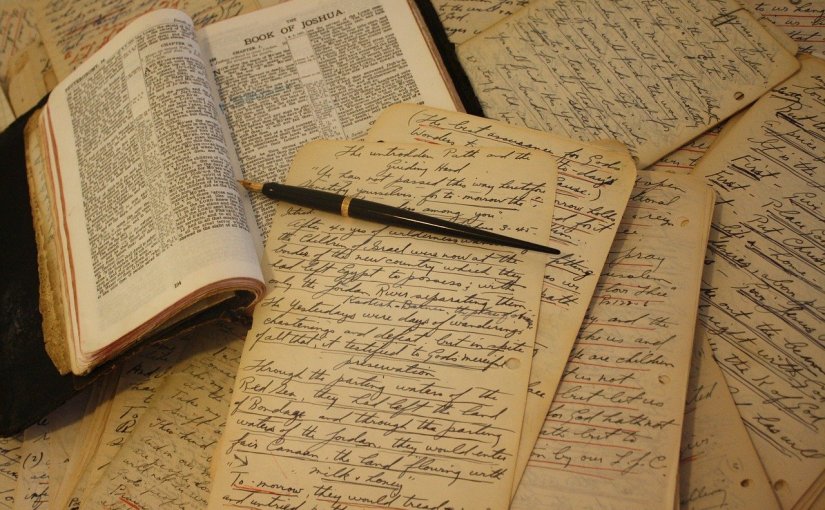 Paul said, “I wish that

Those who are upsetting you…

I wish those who unsettle you would castrate themselves!

The original New Testament of the Bible (which doesn’t exist) was written in Koine Greek (not English) and some Aramaic. The Greek copies that have been found over the years were translated into many other languages: Coptic, Latin, Syriac, Ethiopic, and a whole slew of others. The English translation didn’t happen until the 16th Century. Today, we have many, many versions of the English Bible. You may have grown up with one particular version thinking that it’s the true translation of the original. But, who really knows. So, try reading one of your favorite passages in different versions of the Bible. BibleGateway.com is where I go to quickly change the versions. It’s a treat for me! But, I’m weird that way!

I would they were even cut off which trouble you. King James Version

As for those agitators, I wish they would go the whole way and emasculate themselves! New International Version

I could wish that those who trouble you would even cut themselves off! New King James Version

Image by Cara Shelton from Pixabay

What are the odds of winning?

So I tell you, whatever you ask for in prayer, believe that you have received it, and it will be yours.

If you tell a Christian that your prayer wasn’t answered, they’ll have a reason as to why it wasn’t. Just take a look at this list of “20 Biblical Reasons For Unanswered Prayers” and you’ll see what I mean. I wonder how many followers carry a Prayer Checklist with them to see if they might qualify to be answered? Just a thought. But, if you look at Mark 11:24, Jesus did not have any qualifications or reasons why your prayers won’t be answered. He simply says that all you have to do is “believe” that you have received it, and it will be yours. Ahh, that mystical word that I have a hard time comprehending – “believe.”

Image by Thanasis Papazacharias from Pixabay

I asked God one time

If he could help me believe…

Then he brought them outside and said, “Sirs, what must I do to be saved?” 31 They answered, “Believe on the Lord Jesus, and you will be saved, you and your household.”

Believing in Jesus is the key to the Christian religion. There are tons of Bible verses that say “if you believe” you’ll have eternal life, prayers will be answered, and so on. Now I can’t seem to find any that tell you “how to believe.” The Apostle Thomas got direct proof from Jesus that he was the Savior. But, I wasn’t there with Thomas and I want the same kind of proof. Praying doesn’t work unless you believe (Matthew 21:22). You’re not saved (given salvation) unless you believe (Acts 16:30-31). So, how does one believe? If someone told me that my wife was sleeping with another man, I wouldn’t just believe them.

Image by icsilviu from Pixabay